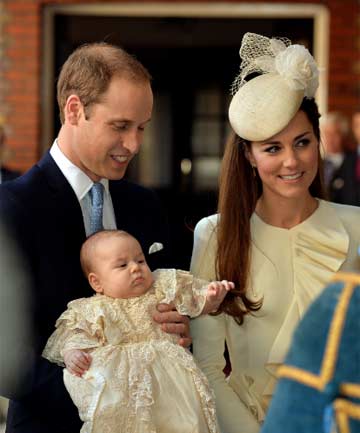 Cambridge is abuzz at having the best chance to glimpse Prince William and Kate on their royal tour of New Zealand.

Life will imitate art as the town's business district is shut down for the arrival of the Duke and Duchess of Cambridge.

Thousands are expected to line the town's streets to welcome them during their April tour of the country in what will be a re-enactment of 2001 feature film Her Majesty.

Set in the 1950s, Her Majesty tells of Elizabeth, a Wellington schoolgirl, who dreams of meeting her namesake Queen Elizabeth. The film was shot in Cambridge, with 1200 Waikato extras providing adoring crowds.

In a twist, Cambridge was transformed into the fictional town of Middleton, Kate's maiden name.

Wendy Teal, 68, remembered the film and said if the crowds were coming to Cambridge to see the Duke and Duchess, there was no way she was going to miss it.

"I tend to avoid crowds," said the former Cambridge Plunket nurse. "But I'll make sure I see Wills and Kate."

It is understood that their baby, Prince George, will remain in Wellington while his parents spend the day in Hamilton and Cambridge.

Mrs Teal received a letter from the Waipa District Council outlining road closures around the Cambridge CBD and around Victoria Park where she lives but said it was a necessity.

She was excited about the April 12 visit, and hoped to get up close.

"I was quite tickled when I realised he was coming because I thought I'd make the effort to get out and see them."

Lugton's Real Estate agent Peter Hulsdouw said the security measures were expected but as it fell on a weekend, it would cause little disruption to his business. "I welcome it really, it's good for Cambridge. They are the Duke and Duchess of Cambridge so I would have thought they would visit Cambridge."

The Department of Internal Affairs have control of the royal tour and have requested a number of Cambridge streets be closed temporarily.

While the route has not yet been finalised, around 20 Cambridge streets "are likely to be closed from approximately 11am until 1.45pm" to ensure security of the couple.

Waipa District Council community engagement advisor Wayne Green said emergency service vehicles would have unrestricted access but no other cars would be allowed on the roads or parked in any of the streets. "During this time, no vehicle movements on the streets will be permitted," said Mr Green.

He expected "tens of thousands" of people to flock into town, while the council planned to hire 3.2 km of crowd control fencing, a sound system and extra toilets for the event. The route to be used by the Duke and Duchess will be released soon.