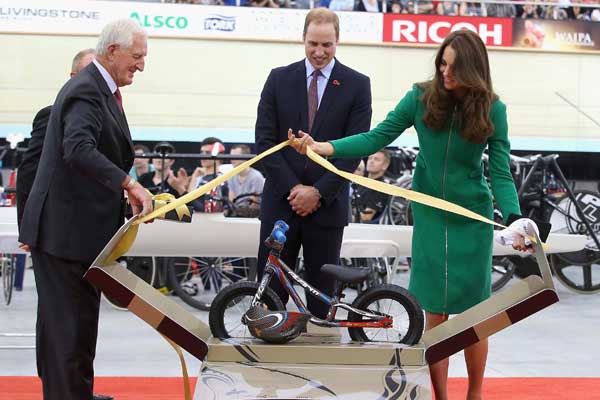 It was at the heart of Cambridge the royals really felt at home. Onlookers took every vantage point. Imposters even popped in, wearing Prince William masks, as the royal couple arrived to lay Te Awamutu roses in memory of the fallen.

The next stop was Cambridge's $28 million velodrome, where they opened the new home of New Zealand cycling.

"It's a great honour to share the Avanti home for future winners," said Prince William.

The pair watched as New Zealand's world-champion sprinters showed their winning form, before meeting some of Waikato's most well known Olympians.

And the talk tonight with young Prince George will be about his newest toy, a custom made bike and his first set of Lycra, but he'll have to learn to walk first.