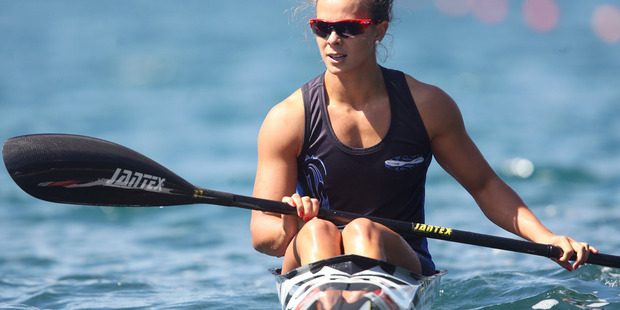 The new facility will allow New Zealand's elite and emerging paddlers access to the range of high-performance services operating in the area, with Bike NZ and Tri NZ now based at the freshly-opened Avantidrome in Cambridge and Rowing NZ long established at Karapiro.

With an Olympic medal haul of six golds, two silvers and one bronze medal since 1984, canoe racing has been a major contributor to New Zealand's Olympic success. Medals to Ben Fouhy (2004) and Lisa Carrington (2012) reignited the legacy left by Grant Bramwell, Ian Ferguson, Paul MacDonald and Alan Thompson after a golden age for New Zealand canoe racing in the 1980s.

The establishment of a dedicated high performance facility will drive CRNZ's bid for more consistent achievement beyond 2016.

"We're extremely proud of our record on the world stage but that doesn't mean we should be content with it,'' said Canoe Racing New Zealand chief executive Mark Weatherall. "After the purple patch in the 1980s it took New Zealand 16 years to win another world title and 24 years to win Olympic gold.

"We want to make sure the next Lisa Carrington and Ian Ferguson are just around the corner and not a generation away. Creating a focal point for our high performance programme with a world class canoe facility will be crucial in creating the daily high performance environment that ultimately produces more Kiwi paddlers on podiums, more often.''

Carrington, the K1-200 world and Olympic champion, said the new high performance training centre would give canoe racing a boost.

"We've done well so far but this takes us to a new level. For those younger athletes coming through the system now, this facility will be an amazing asset,'' she said.

An independent report identified Karapiro as the best venue for the new centre. This was in part due of the growing presence of high performance facilities, services and culture in Cambridge. The ability for canoe athletes and coaches to work more closely with their counterparts in rowing, bike and triathlon will be valuable.

The new facility is estimated to cost between $1.1 and $1.5 million to build and will be largely funded by Sport New Zealand. While planning is set to begin quickly on construction, the full benefit of the venue isn't expected to be realised until 2020.

Once complete, New Zealand's elite paddlers will begin to utilise the facility for national training camps that build on their existing programmes for Rio in 2016 while paddlers building towards Tokyo in 2020 will have increased access to the venue as CRNZ evolves their high performance plan.

Weatherall also said the facility would also be an asset for the national canoe racing community and has already begun seeking input from clubs on how they can get the most out of the centre.